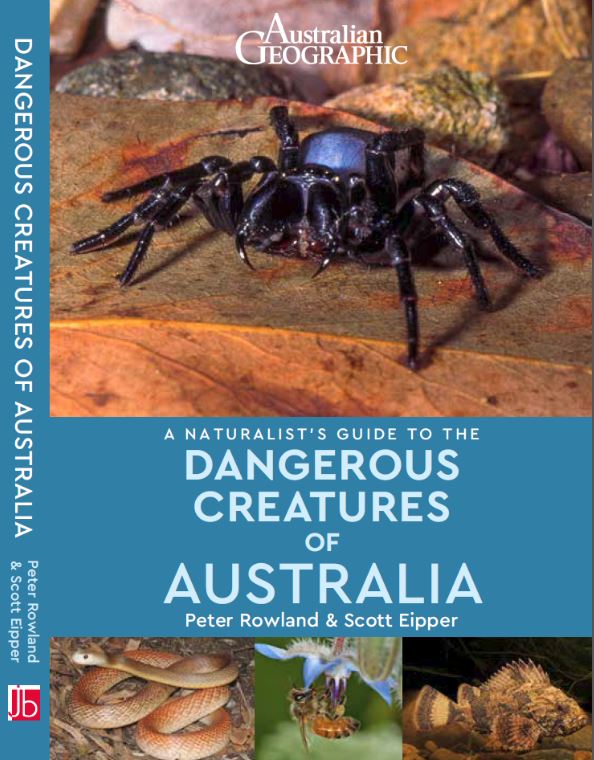 A Naturalist’s Guide to the Dangerous Creatures of Australia

This is an easy-to-use photographic guide to 280 of Australia’s dangerous creatures, covering fish, spiders, insects, amphibians, reptiles and mammals. It contains high quality photographs from Australia’s top nature photographers, including many images for photographers who contribute to the Kape Images Image Library. In addition to images from the authors, Peter Rowland and Scott Eipper, other image contributors include Ryan Dunn, Tie Eipper, Sharon McGrigor, Angus McNab, Rob Peatling, Sue Peatling and Louise Wolfers.

For each species there are detailed species descriptions, which include identifying features, distribution, habitat and habits. Size, common and scientific names are also listed. The user-friendly introduction gives an overview of the various classes of Australian animals that might be considered potentially dangerous, advice how to avoid dangerous encounters, first aid and a detailed glossary.

The Dangerous Creatures of Australia book is published by John Beaufoy Publishing and has been proudly endorsed by Australian Geographic.

Copies are available from most major bookstores and from Peter Rowland’s secure website store.